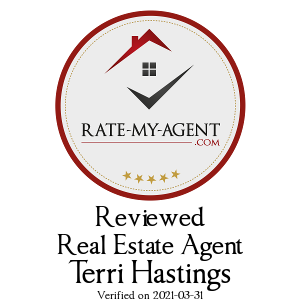 Searching for real estate in the Bruce Peninsula?

The Bruce Peninsula of Ontario extends northward into Lake Huron, with the main basin of the lake to its west and the Georgian Bay to its east. The Peninsula stretches for about 80 km and is just a few hours north of Toronto on Highway 6.

Tobermory is the ‘Northern Gateway’ of the Peninsula, where you’ll find a beautiful harbor featuring ancient shipwrecks, ringed by bluffs. Lion’s Head has rugged cliffs and trails for hiking, with launch points for boats and kayaks.

Learn more about the Bruce Peninsula >

8 Reasons Your Home May Not Be Selling

Reasons Your Cottage Should Be On the Bruce Peninsula

Thinking of buying or selling in the Bruce Peninsula? Let’s get in touch.

People often ask how the real estate market in our area is. Let me fill you in! Sign up for my newsletter to be the first to hear valuable real estate information for the Bruce Peninsula.

We knew Alexa Miller through a mutual friend, and have watched her grow into a successful realtor. We’re moving up to the area from being away for the last 10 years, so for us it was important to find a reliable agent that could help us when we had to go back home. Alexa went above and beyond on everything we asked of her. I can’t say enough good things about how amazing she was to work with and that we will be referring all our friends and family to her going forward. Alexa went above and beyond to help ensure the deal was done in our timeline. She knows what she is doing and is absolutely amazing at what she does.

Alexa, we would like to say you were extremely professional, thorough and knowledgeable. We hope to be able to seal another deal with you!

Terri was incredibly professional. She is a very intelligent agent and never misses a thing. She’s in your corner every step of the way and answers texts & emails promptly. I have sold a total of 5 homes and this is my first positive experience with a realtor. Honestly, I cannot day enough about the superior service I was provided by Terri and her team. – Joanna Oosthoek

Good morning Terri. Hope all is well. I’m sure you are crazy busy.
I just wanted to say thank you for your professionalism.  You and your team at Keller Williams are 2nd to no one. You went above and beyond and resolved issues for us that should have been dealt with by the previous owners. You and your team are #1 in our books and we will promote and recommend Keller William’s Realestate to everyone.
We appreciate, more than I can express, you hiring Alexis to clean this house. Alexis and her team went above and beyond and paid great attention to detail to turn this house into our home.
Thank you again.
Your clients and friends, Steve and Geraldine.

Thanks for all of your assistance Terri!

You go over & above – greatly appreciated:)